Skip to content
Trending
Business ideas for students that you can start
Times Interest Earned Ratio | Analysis | Formula
What Is Empirical Rule? How To Statistics
Credit Collection Services
How To Calculate Depreciation Expense?
Ultimate Youtube Video Ideas
What is Gross Revenue and How to Calculate?
Major Advantage of Being a Credit Analyst with All Benefits
How to Calculate Bad Debt Expense?
Personal Financial Statement Template
Home » Games to play for a long time during home detention

Games to play for a long time during home detention

When talking about the situation that is happening in our country now about the slow spread of the COVID-19 virus, it has become so paranoid that many people don’t dare to leave their homes. Many places are closed. Many people stop working until they have to quarantine themselves at home and when they have to stay in the house, ordinary people may be bored with nothing to do, but for those who play games like us, they may not be bored because there are games to play, but there must be some. Games play and end too quickly, some games have nothing interesting for us to keep playing. After playing, we get bored. Today, we would like to present 10 games that you can play for a long time until you forget to recommend. In order for people who are bored from staying at home, what to do and not just people who play games, people who don’t really play games, but want to find something to do to relieve boredom, this article will recommend some interesting games to try. Let’s play. What games will there be? Let’s see.

Start the first game with Dragon Quest Builders 2, a hybrid game between RPG and Sandbox genre. If anyone can’t figure it out, think of Minecraft game with story graphics that are Dragon Quest, a fantasy heroic demon king where we will play the role of Builders who can Build things up by having to follow the missions set by the game such as building that room using these items. We have to go out and find raw materials. The fun of the game will be here. The game gives us the freedom to traverse different areas of the map to find materials to build things with, with simple, easy-to-understand battles, like playing Minecraft with Star Dew Valley, but with a Dragon Quest vibe. Easy to understand, not complicated, just we create a room as the character wants, the rest is up to us to build something more, who wants to build a whole city can do it. The game can be enjoyed alone, or you can take a walk around other people’s worlds to help each other build. 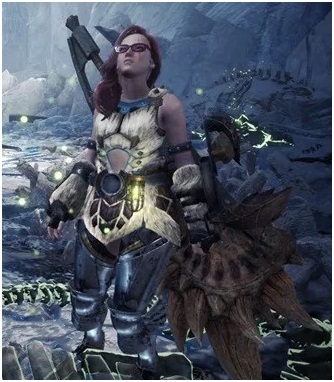 The game has beautiful graphics, you can choose male and female characters and switch around freely, and if anyone is afraid that buying and playing is not fun or afraid that you will not like it, try to download the Demo to play for a long time because The demo will allow us to complete the first map, which can take several days to complete and complete everything on the first map. The game is released on both Nintendo Switch, PlayStation 4, and PC, and you’ll know that the time you have has passed by quickly because of this game.

This time, let’s look at a game that is serious that is difficult to play as compare to game 250 and must be understood for beginners, but if you can play and understand the system, then I guarantee that you will be able to play this game until you can’t put it down with Monster Hunter World Iceborne, a game that will allow us to become a master. Hunt newbies who come to new territories from small hunts to towering dragons, which throughout the game teaches newbies everything in the game how to do the hunt. And to say that this game is quite difficult for beginners because the Monster Hunter series games will focus on timing and attacking enemies that if played alone may be too difficult. The game has an online system for us to find friends to help fight. Or we may go to help friends fight until when they win, they can use the materials obtained from hunting to make weapons and armor for beauty and durability.

Monster Hunter World Iceborne starts in a village with a series of missions that the game (h game) requires us to hunt different types of monsters that have a storyline with beautiful visuals from the characters that we create before the battle same like in pgslot. It’s fun. Is to hunt and find things to develop weapons and armor that there are many for us to choose from that even beginners can easily understand the system. The game when playing online will increase the fun and ease that you may forget the time. And if you’re afraid that this game isn’t worth it because you’re not good at it, Capcom is giving away this game for free on PlayStation Plus from March 18th until April 21st for fans to try it out first and buy it if you like. DLC Iceborne, keep playing because of the real fun with the new scenes and yay. It’s all there. Try to play it first. It’s not fun. The game is available for both PC and PlayStation 4.