Skip to content
Trending
Personal Financial Statement Template
The Way to Construct an A-Frame Swing Collection
Marketing Tips That Can Guarantee Success For Your Business
What Is Disney Vacation Club (DVC)?
What Is Bitcoin Cash? A Complete Guide
What Does a Copywriter Do for Businesses?
Five Common Features That You May Be Overlooking in Your Transportation Management System
Why Is Pre-Ground Coffee A Good Choice?
Top 13 best free online magazines all marketers need to know
Strategies for Optimizing Business Operations
Home » Why You Will Fail as a Writer: Statistical Analysis

Why You Will Fail as a Writer: Statistical Analysis 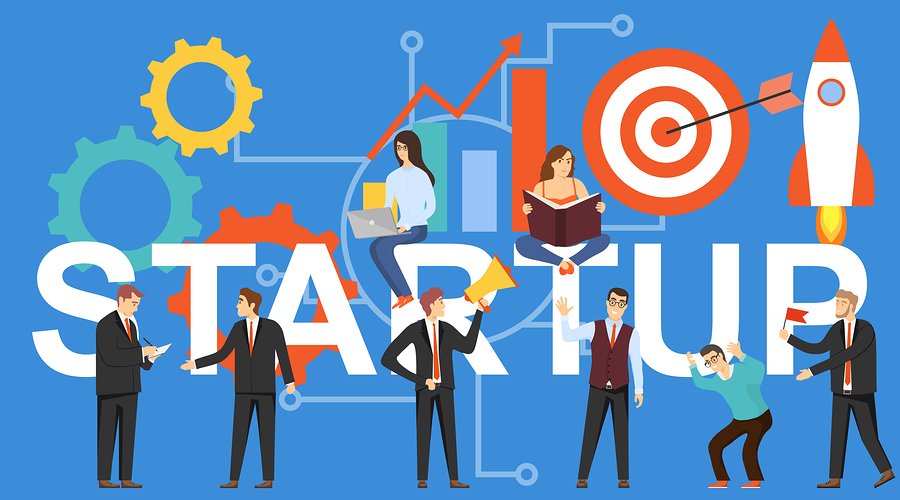 I am a firm believer that the number one purpose of a writing community is to support aspirations, not to ground them. Why do you think every rosy article about hard work and persistence paying off does well? It is what we want to hear.

In addition, I am convinced one of the most profitable writing markets today is simply writing to writers and telling them they are going to be successful someday. Just look at most of the supposed self-help writing books out there; they spend more time building you up than they do actually teaching writing techniques.

Is there anything wrong with this? Not really. As a content writer for StudyEssay company, I think most of us wannabe writers, deep down, know the odds are stacked against us. It’s like when the coach gives the rah-rah speech before the game when everyone and their grandma knows the other team will win. We listen to the pep talk, we give the pep talk, because it gives us hope, and though the hoping may be foolish, it feels good to believe, if even for just a moment—and one time in a million, a miracle and we win.

So that being said, am I the one that’s going to cheer you up today? No. There are plenty of people doing that already. Today I’m the asshole that is going to write an article statistically detailing why you’ll probably fail. Sorry.

But why? As I said before, people sure like the rah-rah stuff more than reality. I guess I just think somebody should be out there trying to mind the actual numbers and not blindly promising $1,500 a week jobs to the uninformed and uneducated, and for whatever reason, I feel like I should be that guy.

The statistics I’ll use are a mixture of factual numbers and ballpark guesstimates, so feel free to offer feedback regarding their accuracy. And though the data may not be as refined as I would like, I believe the overall trends of the data to be realistic.

First, we must define a couple of factors in our statistical analysis. Let’s start by defining a writing job. Most of us don’t think of things like data entry, secretarial work, advertising, or even most forms of technical writing as the life of an author. Though they may be steady gigs that involve us spending most of our days at a keyboard, let’s not include these.

So what will constitute a writing career in our little analysis? Any writing job where we are called upon to really create: novelist, short story writer, poet, documentarian, newspaper writer, magazine writer, screenwriter, blogger, etc. These are the sorts of jobs that will qualify for our analysis.

Next, let’s define success as a writer for the purposes of our statistical analysis. Let’s forgo many of the usual “meaningful” methods of measuring writing success, artistic fulfillment, peace of mind, spiritual enlightenment, and let’s just boil it down to that lowest of common denominators: Money! But how much? Let’s be modest and define writing success as full or near full-time employment at minimum wage or better.

So…Just How Many Writers Are There?

So now that we’ve defined the desired outcome for our writing career, let’s get into the numbers. The U.S. has roughly 320 million people. Of these 320 million people I would estimate based on no other factor except my experience with people as a teacher and in various other fields that about 20% of them have the ability to write on some professional level.

I know you’re probably thinking that is high, but notice I said have the ability, not the ambition. So of these roughly 64 million people in the U.S. who have the ability to do a credible job of writing, let’s again guesstimate that only half have an inclination towards this art, so 10% or 32 million and change.

Again you’re probably saying that’s a bit high, but experience tells me that a lot of people, if the opportunity were just handed to them, would love to write professionally on some level, but then we have our largest cut. Of these 32 million who would like to write for a living, I would hazard the educated guess that 90% will either never follow through with their ambition or give up within the first few years.

So according to my estimates, if you choose to give them any credibility, there are about 3.2 million people in the U.S. alone trying to make a serious go at a writing career. It is agreed I’ve done a lot of guesswork here, but I don’t feel that is too very far off.

Is This a Paying Gig?

So the next question: How many writing jobs as defined above are out there? The answer: There were never all that many, and even fewer now than there once was. Why? The Internet. Imagine Grandpa Simpson shaking his fist at the computer and saying, “It’s evil I tell ya!” Well, if you’re a writer, he’s right.

How could this amazing device that allows millions of us to finally be heard be bad for writing? You might be asking yourself. Or you may say, Before the internet, I was never published at all. Now I’m published whenever I want! This may be true, but let me give a few reasons why this fact is hurting the writer’s pocketbook, not helping.

First off, the blogger, of which I am one: the majority of us work virtually for free. Why? Lots of reasons, the primary two probably being the promise of someday either being discovered or putting together a blog that actually takes off for a good payday. The more of us that follow this dream, the more money blog site owners make and the less chance we have personally of breaking through all that noise.

Then there are the few bloggers who make money. Go to the news page of Google or Yahoo or ESPN, almost all the articles on these sites go for the million hit range, but there probably aren’t 50 sites where the majority of Americans get 99% of their information.

What’s changed from yesteryear? Dispersal of success. There used to be a newspaper employing full-time staff in every city of 10,000 people or more. Now, save the major cities, this isn’t true anymore. And even the Old Guard like the New York Times are struggling to keep their heads above water.

And what about creative writing: novels, poetry, short stories, and the like? Well, this sort of writing has always been a hard go, and now it’s harder, in part, for some of the same reasons given above: namely, it’s being given away for free.

With stars in our eyes, we give it away in the farfetched hope that a few people might enjoy it, or we try to sell it and it’s bootlegged, or it doesn’t get read because an increasing percentage of the population is getting their entertainment elsewhere.

So what do the numbers say, or more accurately, what do I divine they tell me? There are just fewer than 40,000 registered cities in the U.S., and while a film or play Mecca like New York or Los Angeles may employ thousands of well-paid writers, even today, most of these cities do not.

For example, I bet there aren’t 5 people experiencing writing success as it was so modestly defined at the beginning of this article in the city where I currently live. Again, I’m pulling these numbers out of the air, and they are worthy of scrutiny, but I put the number of people in the average U.S. city writing creatively at or near full-time for minimum wage or better at around 20.

In other words, defining success as a writer living in his or her mother’s basement and occasionally being able to take care of one of her bills, there are about 800,000 jobs for the 3.2 million people who have the ambition and stick-to-itiveness to want to write for a living. So if the minimum wage is a success to you, you got about a 1 in 4 shot.

The Internet Has Made the World Smaller

Now is the point in the article where I’m supposed to pick you up. “So what’s the silver lining?”

Those of you who pick us up, thank God for you, but I’m just not that person. I will say this, though, I’m still writing, aren’t I? Whether you’re still reading or not, I’m still writing. What does that mean? Twenty-plus years with not even the most modest of success, and I’m still at it.

Gentle reader, I know I’m not the only one. So why do we keep on? Are we stupid? Are we gluttons for pain?

Why do we support one another? Yes, I’m a cynic, but even so, I’m still quick with a kind word to my fellow writer. I’m still always first to try to extract a bit of humor from the absurdity of it all.

And I complain and complain and complain, but I’m still here, and we’re still here for one another. I have long been of the old-fashioned opinion that there is nothing more pathetic in this world than the tears of a grown man, but truth be known of many a night I serenade the Sandman with my own tears. Why? Because I am not allowed to make a living doing the thing I feel I was put on this earth to do: write.

So where is the joy in these countless hours of toil? Stubbornness, maybe? To me there is. Stick with me here, because this is probably as rah-rah as this guy gets. There is a joy in stubbornness, in extending that internationally understood finger to the world that doesn’t accept you and probably never will—and while the fire burns on the water and the ship recede into the blackness of the briny deep, how comforting to have your friends by your side.

Bio: Rebecca Carter is a content writer and works for a company that provides help with writing assignments for students. She has Bachelor´s Degree in Journalism and is always happy to assist students with their papers. Her main hobby is tennis and horse riding. Besides, Rebecca enjoys hiking and visiting culinary courses.