What is Gross Revenue and How to Calculate? 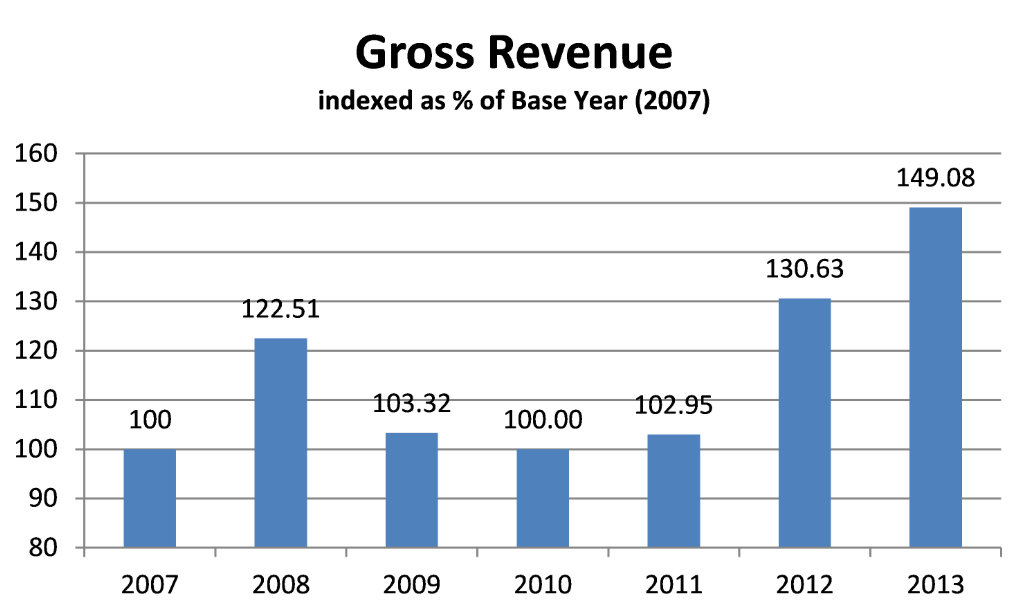 What is Gross Revenue and How to Calculate?

Gross revenue is the total amount of sales recognized for a reporting period, prior to any deductions. This figure indicates the ability of a business to sell goods and services, but not its ability to generate a profit. Deductions from gross revenue include sales discounts and sales returns. When these deductions are netted against gross revenue, the aggregate amount is referred to as net revenue or net sales.

The investment community sometimes calculates the value of a business as a multiple of its gross revenue, especially in new industries or for startup companies where there are few other measures to use as the basis for a valuation. Under these circumstances, company management may unduly focus on increasing gross sales at a rapid rate in order to increase the company valuation for funding purposes or to obtain a higher price in the event of a sale of the business. An excessive focus on gross revenue can have a number of negative consequences, such as:

Consequently, it is better for an investor to focus on other metrics than the amount of gross revenue, such as net sales, gross margin, contribution margin, or net profits.

The use of gross revenue as a metric has somewhat more validity in a services organization, since there are no sales returns that might otherwise create a substantial difference between gross sales and net sales.

“Raw” sales income; the amount customers actually pay the company when they make their purchases.

When a company sells products, it has to make allowances for some portion of its sales for products expected to be returned, lost in delivery, or otherwise requiring the company to refund the customers’ money. The “official” revenue number, known as sales revenue, equals gross revenue minus these allowances.

Gross revenue is generally not an interesting number for investors. One case where it isinteresting is when you’re tracking the progress of a startup company. It’s possible that at the very beginning they’ll be doing such a tiny amount of business that actual sales will be lessthan the allowances for refunds, meaning that sales revenue will technically be a negative number. In this case the company will issue news releases about its gross revenue, so investors will at least know that a few customers have been showing up and laying out some cash. 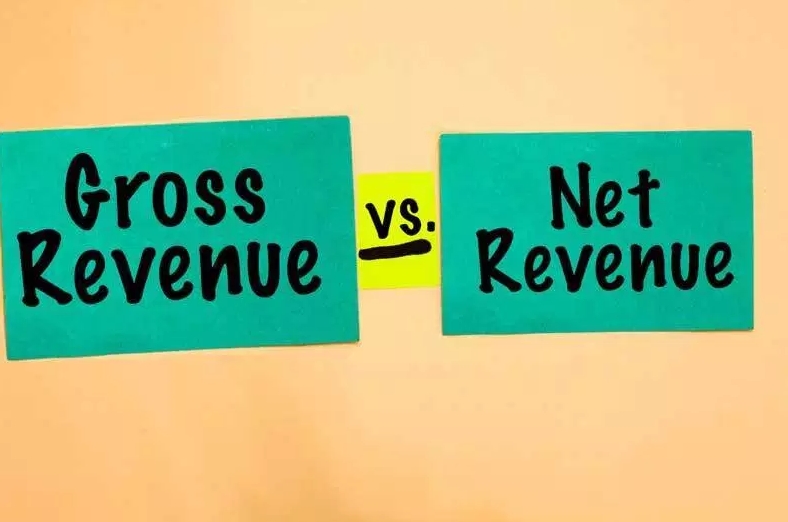 What Is Gross Revenue

Gross revenue, also known as gross income, is the sum of all money generated by a business, without taking into account any part of that total that has been or will be used for expenses. As such, gross revenue includes not just money made from the sale of goods and services but also from interest, sale of shares, Exchange Rates and sales of property and equipment.

Gross revenue is also known as the top line because it is in that position on a company’s income statement, which is one of three statements, along with the balance sheet and the cash flow statement, that are required for annual financial reporting in the United States. The income statement provides detail on the business’s financial over the reporting period, such as the fiscal quarter or year.

Beneath the figure for gross revenue are all the expenses that must be deducted from it, including overhead, salaries, acquisitions, losses and material costs. The bottom line is the net amount or net income, the figure — either profit or loss — left when all business costs have been deducted from the gross amount.

Recognizing and reporting revenue are critical and complex problems for accountants. Many investors also report their income, and the difference between net and gross amount for a small business (of one) can have significant income tax repercussions if handled incorrectly. There are many gray areas in both recognition and reporting, but, ultimately, all earned income from sales transactions falls into gross or net categories.

When gross amount is recorded, all income from a sale is accounted for on the income statement. There is no consideration for any expenditures from any source.

Gross amount reporting separates the sales and cost of goods sold. For example, if a shoemaker sold a pair of shoes for $100, the gross amount would be $100, even though the shoes cost $40 to make. Standard gross versus net amount reporting guidelines under generally accepted accounting principles (GAAP) were addressed by the Emerging Issues Task Force, or EITF 99-19.

Net revenue reporting only lists a “net revenues” item, calculated by subtracting the cost of goods sold from gross amount. For the same shoemaker, the net amount for the $100 pair of shoes he sold, which cost $40 to make, would be $60. From that $60, he would deduct any other costs such as rent, wages for other staff, packaging, and so on. Anything that comes as a cost to the shoemaker would be deducted from the gross revenue of $100, resulting in the net revenue.

Net revenue is usually reported when there is a commission that needs to be recognized and/or when a supplier receives some of the sales revenue. A classic example is that of legal fees, where an attorney will almost always take a percentage of the net proceeds of litigation. This guarantees they receive a higher settlement amount since the percentage is taken from a larger initial number.

Total amount of income earned annually. Gross annual income represents the amount of money a person earns in one year from all sources before taxes. When preparing an income tax return, the gross annual income figure is the base figure with which to start.