Skip to content
Trending
9 Tips to Make Sure your Construction Projects are a Success
Times Interest Earned Ratio | Analysis | Formula
What Is Empirical Rule? How To Statistics
Credit Collection Services
How To Calculate Depreciation Expense?
Ultimate Youtube Video Ideas
What is Gross Revenue and How to Calculate?
Major Advantage of Being a Credit Analyst with All Benefits
How to Calculate Bad Debt Expense?
Personal Financial Statement Template
Home » Times Interest Earned Ratio | Analysis | Formula 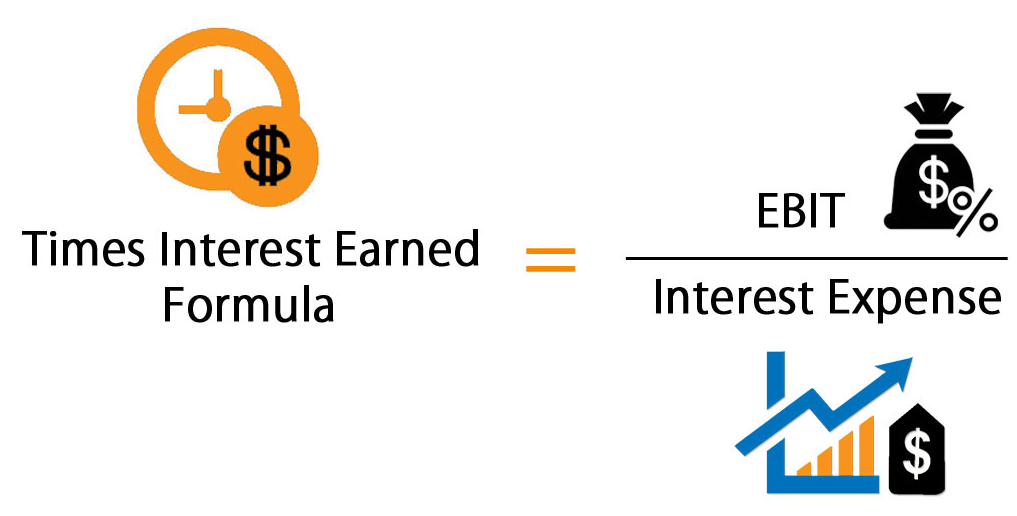 Failing to meet these obligations could force a company into bankruptcy. TIE is also referred to as the interest coverage ratio. Generating cash flow to make principal and interest payments and avoiding bankruptcy depends on a company’s ability to produce earnings.

The times interest earned ratio is calculated by dividing income before interest and income taxes by the interest expense.

Both of these figures can be found on the income statement. Interest expense and income taxes are often reported separately from the normal operating expenses for solvency analysis purposes. This also makes it easier to find the earnings before interest and taxes or EBIT.

Assume that a corporation had the following amounts for the most recent year:

The times interest ratio is stated in numbers as opposed to a percentage. The ratio indicates how many times a company could pay the interest with its before tax income, so obviously the larger ratios are considered more favorable than smaller ratios.

In other words, a ratio of 4 means that a company makes enough income to pay for its total interest expense 4 times over. Said another way, this company’s income is 4 times higher than its interest expense for the year.

As you can see, creditors would favor a company with a much higher times interest ratio because it shows the company can afford to pay its interest payments when they come due. Higher ratios are less risky while lower ratios indicate credit risk.

Assume, for example, that XYZ Company has $10 million in 4% debt outstanding and $10 million in common stock and that the firm needs to raise more capital to purchase equipment. The cost of capital for issuing more debt is an annual interest rate of 6% and shareholders expect an annual dividend payment of 8%, plus appreciation in the stock price of XYZ.

What Is Difference Between The Current Ratio And The Times Interest Earned Ratio?

The current ratio is a liquidity ratio that measures a company’s ability to pay short-term obligations or those due within one year. It tells investors and analysts how a company can maximize the current assets on its balance sheet to satisfy its current debt and other payables.

Times interest earned (TIE) is a metric used to measure a company’s ability to meet its debt obligations. The formula is calculated by taking a company’s earnings before interest and taxes (EBIT) and dividing it by the total interest payable on bonds and other contractual debt. TIE indicates how many times a company can cover its interest charges on a pretax earnings basis.